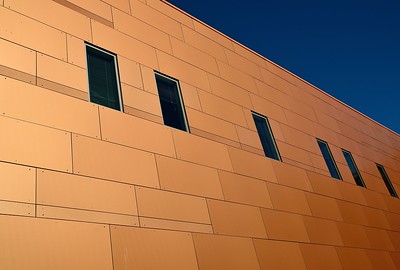 I read a Michigan Daily article yesterday about what UM students refer to as “Michigan Math.” – UM’s math classes. The mill of Michigan Math grinds slowly, but apparently, it grinds exceedingly fine. Many students avoid Michigan Math because they believe it is the quickest way to torpedo an otherwise promising GPA/STEM career/grad school application, etc. Hence the rise of the summer scholars.

For starters, Big Brother doesn’t do remedial math. UM doesn’t have a big investment in helping students who aren’t already budding mathematicians to survive Michigan Math. Fortunately, the University also offers a wide range of degree programs that students with even the least trace of math anxiety are welcome to enroll in.

That’s of no help to those god-forsaken students who need to pass Life Contingencies II with a C- or better to graduate. Or those brave soldiers attempting to avert the next Wall Street meltdown by mastering the concepts hidden in Numerical Methods with Financial Applications.

To avoid Michigan Math, students take transferrable math classes at their “home” institution during the summer. If these summer scholars are not leaving the area, they enroll in math classes at Washtenaw Community College. Enrolling in summer classes at WCC offers three distinct benefits. First, it allows them to avoid the soul-crushing experience of “Michigan Math.” Second, it allows them to transfer the requisite credits back to Big Brother. Third, the credit transfer doesn’t affect their GPA.

Another approach to summer scholars

You could be forgiven if you haven’t heard of William Rainey Harper College. It’s a two-year college in Palatine, IL, a suburb of Chicago. Harper College is slightly younger that Washtenaw Community College, but not by much. Demographically speaking, Palatine, IL has a population of about 69,000 people, 64% of whom are white; 20% are Latinx; 11% are Asian, and 2.5% are African-American. The balance of residents identify as being of some other race, or multiracial.

Palatine is not a poor community, but it has a poverty rate of 10.1% – lower than the national average. The median annual household income is $76,600, and the median home value is $270,000. 15.3% of Palatine’s population are children between the ages of 5 and 17. This group makes up the largest single age bracket among Palatine’s US-born population. About 84% of Palatine’s population was born in the United States. This number is dropping. Most non-native-born residents are originally from Mexico. Palatine also has a substantial number of residents that hail from India and Poland.

Which brings me to Harper College’s summer scholars. These students – kids and adults – who spend their summers on campus, are not trying to transfer credit back to another university. They’re on campus in the summer because they require remedial education before they can begin college-level studies. Harper’s summer scholars are in danger of failing well before they take their first college class, which is what Harper College is trying to prevent.

The Summer Scholars program is part of an Illinois initiative called One Million Degrees. The idea behind OMD is to provide wraparound support for community college students who are otherwise at a high risk of not graduating. The program provides tutors and coaches, financial assistance, professional development, transfer assistance, employment assistance and other support. The OMD program has been shown to increase enrollment, full-time enrollment and educational persistence.

For people living close to poverty, failure isn’t an option – but without help, it is the most likely outcome. Harper College has adopted a structure to support students who are at the highest risk of failure. The program makes a real difference in the lives of its participants while increasing their enrollment and their graduation rate.

I don’t have any objection to providing transfer credits to UM students. It’s an opportunity to meet a need in this particular community. But UM students aren’t likely to spend their lives living in poverty – UM has a graduation rate that exceeds 90%.

But there are a lot of people in the community who not only won’t graduate, they won’t go to school at all. The Harper College Summer Scholars program illustrates what happens when an area’s community college focuses on the needs of the most vulnerable people in its community.

How much farther along would we be if our community college was working to relieve poverty instead of wasting education dollars to build a hotel?

Published in Board of Trustees, Millage, News and WCC Watch