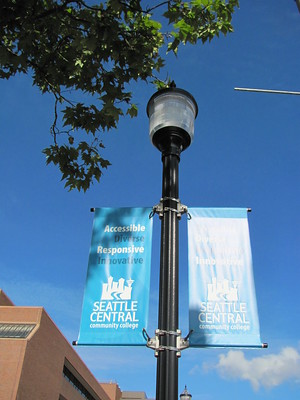 The Seattle Community College System (Seattle Colleges) has denied rumors that it will shut one of its campuses in 2023. Earlier this month, the system’s Chancellor and Vice Chancellor for Finance announced that one campus, Seattle Central, was spending money at an “unsustainable rate.” That left employees there wondering whether the announcement was setting the stage for Seattle Central’s eventual closure.

Currently, Seattle Central’s 2021-22 enrollment is only about two-thirds of what it was in 2014-2015. There is no local funding component for community colleges in Washington State. Community college revenue comes from the State of Washington, tuition, dual enrollment, and international enrollment.

Today, there is little hope of cutting expenditures enough change Seattle Central’s future. The administration has cut the budget by 7.5% in the past year and still has a $15M deficit. Budget cuts affected all areas of the community college, including administration and instruction. Faculty salaries, which are determined by contract, remained intact.

Last year, the community college kept the size of the administration the same. This year, it plans to cut 15% from the top of the org chart. That would mean a loss of about eight high level administrators. While the faculty has avoided pay cuts and furloughs so far, they are unlikely to remain unscathed.

Seattle Colleges will consider a proposal to return their class sizes to pre-2010 levels. Currently, the student-teacher ratio is about 17:1. Reverting to 2010 staffing levels would increase the average class size to somewhere between 20-23 students. That would reduce total course sections and result in faculty layoffs.

Even with these measures, the administration admits that Seattle Central may not be salvageable. Surprisingly, the system has no debt on which to pin its current financial troubles. Seattle Community College’s predicament results from severe over-reliance on out-of-district/international enrollment.

Over-spending on administration is also critical. Executive salaries increased by 38% between 2015-16 and 2019-20. In comparison, costs for other staff cohorts rose by 18%-19%. (Part-time faculty and hourly employee expenditures dropped by 11.3%.)

Seattle Central’s position demonstrates what happens when a community college administration shows no regard for the taxpayers or the students. In this case, the administration relied heavily on transient or unstable “other income” to balance its overspending. The revenue has dried up, but expenses keep rolling in. Ultimately, the community will lose a valued campus to pay for the administration’s misdeeds.