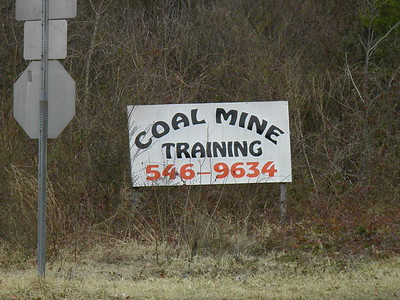 Almost a year ago, I wrote about Craig, CO, a coal mining town that’s facing the closure of a coal-fired power plant and the coal mines that drive it. The power plant and mines provide Moffatt County – where Craig is located – with about half of its property tax revenues. They also provide about 600 coal energy jobs today. When the plant finally closes, it will take about half of Moffatt County’s GDP with it. (That level of loss would turn Washtenaw County into Kalamazoo County.)

Craig has about 9,000 residents; it’s about the size of the City of Saline. Moffatt County has about 13,300 residents, so 70% of Moffatt County’s population lives in Craig. The coal energy jobs in Craig are not easily replaceable. A starting position can pay $60,000, no college degree necessary. Right now, the average annual salary of a coal energy worker in Craig is about $100,000.

The plant-and-mine closures are a slow-moving disaster. The facilities will close in stages, partly because different companies own different generating units within the power plant. The last owner will literally turn off the lights in 2029. But until the closures begin in 2025, the employees are expected to report to work. Those who haven’t already left Craig are making plans

If you would like an update on Craig, here it is.

Craig, CO is 1,400 miles away from Ann Arbor, but Craig’s problems are much closer than that. Michigan currently has 9 coal-fired plants, all of which are scheduled to close by 2040. In 2018, both DTE and Consumers Energy announced that they would close all their remaining coal plants. Right now, coal is the leading source of energy in Michigan.

Who going to replace the coal energy jobs?

DTE’s St. Clair Power Plant is the company’s second-largest power generation facility. At one time, the plant – which is coal-fired – was the largest power plant in the world. DTE has already decommissioned about 40% of the plant and will shut the rest of the facility down in May of this year. 300 people who still work there will lose their coal energy jobs. Lansing’s Board of Water and Light will decommission its Erickson Station by 2023. Consumers Energy will decommission its Karn Generating Plant in Essexville in 2023.

Currently, DTE generates enough energy from renewable sources to power about a million homes. In a state the size of Michigan, that’s not enough, but it’s a start. The intermediate plan is to shift power production from coal energy to natural gas and renewable sources.

Decommissioning the coal plants will result in job losses at those sites, but it also means opportunities for clean (and cleaner) energy jobs in other facilities. Provided, of course, that we have a trained workforce.
Currently, our community college does not offer any training programs for clean energy jobs, even though the power companies have prioritized the switch to clean energy. And the national average annual salary for a renewable energy technician is $73,000.

These are the kinds of jobs Washtenaw County needs, and they’re the reason we fund WCC so generously. It’s too bad that the administration is more focused on building a hotel and subsidizing The Health and Fitness Sinkhole across the street.