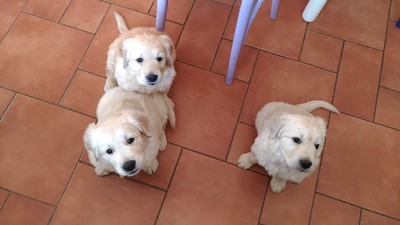 To the unknowing, the San Francisco Art Institute sounds like a museum. It is not. It is a private art college founded in 1871. It is one of the oldest art schools in the United States, and the oldest art school west of the Mississippi River. The SFAI serves about 600 students in both graduate and undergraduate programs.

In March 2020 and awash in debt, SFAI announced that it would not enroll a class in the fall. SFAI’s president left, but not before laying off the entire 69-member faculty. The Board of Directors considered selling the school’s priceless 1931 Diego Rivera mural, “The Making of a Fresco, Showing the Building of a City.” The SFAI mural is just one year older than – and bears a striking resemblance to – the Detroit Industry Murals that adorn the walls of the Detroit Institute of Arts.

In July, SFAI defaulted on a multi-million-dollar loan that used the school’s campus as collateral. In April, the interim president announced that the school had raised $4M, enough to hold classes only for students within one year of graduation. The school has discounted its tuition in hopes of enticing students to take a chance on one more year at SFAI. It’s not at all clear whether SFAI will be able to deliver.

SFAI tried all the tricks – refinancing, merging, selling assets, developing new income streams and fundraising. Still, the end of SFAI – and the loss of its campus – seems inevitable. For the most part, SFAI has fallen victim to its loans. At some point, staying ahead of its obligations became more important than its actual educational mission.

Debt as a primary concern

And therein lies the cautionary tale. (I encourage you to read the full saga of SFAI on Hyperallergic.

Now, certainly, the same fate would not befall WCC. As a constitutional corporation of the State of Michigan, WCC cannot simply go bankrupt. Nor can they just default on a loan. Were it to default, a court would certainly order the county to assess Washtenaw County taxpayers to repay the defaulted amount.
But it is entirely possible that WCC could shift its primary focus from educating students to paying off debt. And the more debt WCC carries, the more distracted it could become. In fact, this is already playing out. Growing debt and poor spending decisions have put WCC in a very uncomfortable position. One that will only grow worse with time. Adding more debt will not make WCC a better school – only a more expensive and less focused one.

Which is why taking on one more penny of debt without a solid income stream to back it is a poor strategy. If the future student body is as spare as the Administration proposes, there is no reason to expand the campus by one single brick. Taking on debt to build the Health and Fitness Center has not turned out to be the “great investment” it was positioned to be.

The HFC is like a “free” puppy. It eats constantly, requires close supervision and leaves puddles on the floor. It can produce a limited return only as long as WCC dutifully pours cash into the building. If the cash stops flowing, so does the building’s income. The debt, on the other hand, ratchets up each year.

One reason SFAI says it can’t stay afloat is its reliance on “other income” streams, like facilities rental. That gives one pause, especially since WCC’s president is keen to amass a large portfolio of “other income streams.” Like a convention center. Or a hotel. Or “retail outlots.”

WCC can take on debt at a lower interest rate and in a way that does not jeopardize operating capital. But certain Trustees refuse to do that – despite it being in the best interest of the College.

One need only to look at SFAI to see the danger that the “financialization of higher education” poses. We need Trustees who can look realistically at the risks of borrowing, and who understand what they’re doing. We need Trustees who consider the long-term impact of poor decision-making. They cannot simply accept without question the “magical thinking” that the Administration offers to justify taking on more unfunded debt.