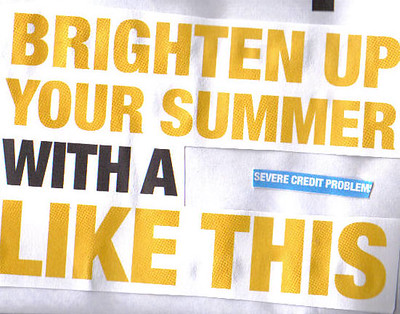 Money only matters when it’s yours

Washtenaw County taxpayers have been extraordinarily generous with Washtenaw Community College. WCC has the good fortune of being situated in a place with a lot of high-value property. As a result, local property taxes generate about half of WCC’s annual revenue. WCC’s other good fortune is that is that it has a relatively steady enrollment. Its state appropriation – contrary to popular belief – has increased year-over-year for most of the last decade. In short, WCC gets the money it needs to operate.

High property taxes. Steady enrollment. Increasing state appropriation. WCC should not have a structural deficit, but it does. So, why is one of the best-funded community colleges in the State of Michigan dealing with money problems?

Debts are easy to take on, hard to get rid of

The impact of COVID-19 is the easy explanation for WCC’s money problems, but it’s not accurate. For years, WCC has diverted operational dollars to pay its loan debts. The loans belong to the Health and Fitness Center – a building the Trustees approved to generate money for the College. It was a speculative “investment” that was strictly off-limits to the students. That “investment” absorbs millions of dollars in loan payments and maintenance costs every year.

And it’s been closed since March 12.

When the economy is good, property taxes are high, and general fund diversions are hardly noticed. When the economy is bad, enrollment is up, so tuition revenues are up. Property values don’t drop immediately in a recession, so property values tend to remain relatively constant during the worst of the downturn. Again, the General Fund diversions aren’t too noticeable.

When the economy stays good over a very long time, enrollment stagnates. Property tax values do rise, but in Michigan, most homestead property taxes are capped, so property tax revenues are also capped. But the size of the annual debt payment isn’t capped. It grows each year. $900,000 the first year, then $950,000 the next year. The year after that – $1,000,000. It eats the resources that voters authorized for operations, not debt payments.

According to the Department of Labor, employee benefits cost an organization about 30% of an employee’s salary. So, when the College pays an employee $100,000, that hire actually costs the College $130,000. But that cost doesn’t stay the same. Each hire’s pay rate accelerates every year by 1.5%-2%, as do the costs of benefits. And that assumes the person receives no promotions in that time. So after 10 years, the $100,000 employee now costs more than $150,000. The size of the Independent group grew by 57 people from the time Rose Bellanca arrived in 2011 and June 30, 2019. If every employee she added had an average starting salary of $75,000, with raises and increases in benefits costs, that would add about $5.5M dollars to the College’s budget in personnel and benefits costs by the end of the decade. This happened at a time when enrollment was basically unchanged, and property tax revenues were capped at the rate of inflation. (In other words, WCC saw unrestricted hiring at a time when its revenues were restricted.)

So now we have growing loan debt and unrestricted hiring taking away big money from operations. But that still doesn’t fully explain the structural deficit.

Building maintenance is expensive – moreso when you ignore it

The life of a campus building is both brutal and short. Most current construction can last 100 years on average. A campus building lasts an average of 60 years. Thousands of people each day use the building, so it wears out faster than average construction. It costs more to operate and maintain because it’s larger and needs to meet the highest safety standards at all times. It also needs to be fully handicapped-accessible

You cannot “save” money by delaying maintenance. Maintenance is an expense. When you ignore it, it does not go away. It becomes a high-interest debt. The longer you wait to take care of it, the more it costs. If you don’t fix the roof leak, you’ll not only need to repair the roof, but you’ll also need to repair water and mold damage. You may need to repaint, replace drywall and carpet or tile, too. You might also need to remediate asbestos insulation or some other godforsaken toxic crap they used to build the building. Plus you’ll need to replace any damaged equipment.

Maintenance isn’t just fixing things that break. It’s also taking care of things so that they don’t break or lose their efficiency. The HVAC systems in many buildings on campus are well beyond their useful lives. They’re still working, but that’s not a good thing. Had those systems been replaced with more efficient ones on time, they could have reduced the amount of money WCC spends on utilities. In other words, their replacements could have paid for themselves. Instead, WCC has to devote a growing amount of money each year to pay for the unnecessary consumption of gas and electricity.

Throw in a pandemic and you just might have something

Remember, the taxpayers provide enough money to operate WCC, but when the administration uses operating money to gamble on a risky investment like the Health and Fitness Center, and goes on a hiring spree that costs the College millions per year, and fails to take care of the buildings in a way that reduces their cost to the taxpayers, the groundwork has been laid for the deficit.

All of these ill-advised approaches consume the resources that the taxpayers provided for College OPERATION. So when an unexpected event comes along, like …. I don’t know… a pandemic, the College’s financial position – which should be pretty damned good – is fragile.

And the responsibility for every last one of these problems lands at the feet of the Board of Trustees.

Because they authorized all of this.