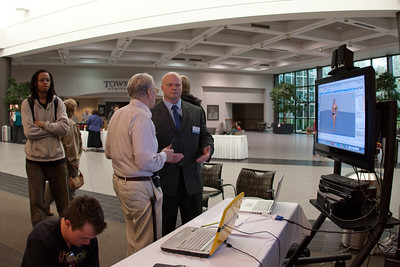 WCC has announced that it will close the Morris Lawrence Building (ML) for renovations in December 2020. The building houses a disparate smattering of academic classes, non-credit classes, the Towsley Auditorium, the firing range, and a small art gallery. It also hosts a wide range of community events. The planned ML renovation is extensive, although when complete, you may not see a huge difference in its appearance. Most of the money for the renovation will be spent on repairs.

The renovation calls for “resurfacing” the building – replacing tiles, walls, doors, etc. The building is in bad shape. In fact, it currently ranks in the second-worst condition of all campus buildings. A significant portion of the rehab cost involves redesigning the “penthouse” – the area that contains the building’s air handling units (AHU).

The Morris Lawrence Building began life as the Job Skills and Campus Events Building. It arrived on campus in 1990, at a time when the building names typically described what went on in the building. The Trustees renamed the building to honor a faculty member who taught there, but passed away unexpectedly.

I bring the building up because it is the poster child for the WCC administration’s neglect. In the 2015-2019 WCC Capital Outlay Plan – which was last updated in 2013 – WCC describes ML as its “Number 1 priority” for capital improvements.

The estimated cost of work in the Morris Lawrence Building: $3.2 million

Well, so much for priorities. None of this work was ever done. As we stare down the barrel of 2020, the building’s FCI is now 23, but the cost of rehabbing the ML Building has jumped to $9M. The $3.2M figure cited in the report is questionable. The schedules that accompany the Capital Outlay Plan identify nearly $4M alone in neglect-based repairs. If the cost of the expansion was $3.2M and required an additional $4M in neglect remediation, that would be about $8M in today’s dollars.

In ML today, the plumbing is rotting out. The HVAC systems are approaching complete failure. The skylights leak. Alarmingly, bricks are falling off the building and the cement around the entry doors is heaving. These two conditions pose serious hazards to people before they even step inside. They also increase the liability of the taxpayers.

The 2015 Capital Outlay Plan described these issues like this:

“Precast/brick. Water is getting into cavity between brick and block, possibly through wind driven rain through roof flashing, or other openings, and not weeping back out causing efflorescence in some areas.”

“Precast/brick. Water is getting into cavity between brick and block, possibly through wind driven rain through roof flashing, or other openings, and not weeping back out causing efflorescence in some areas and potential mold.”

Six years later, we have all the same issues, but we can now add mold to the list. Who says things don’t change? And this was allegedly WCC’s top capital priority in the 2015-2019 Capital Outlay Plan.

The problem with doing nothing

“The College has been very diligent in maintaining and updating existing facilities with respect to life safety deficiencies in all academic buildings.

ML’s problems were dropped completely in the 2016-2020 WCC Capital Outlay Plan, having been replaced by the Advanced Transportation Center. None of the Priority 1 issues in ML even made the Top Ten most important projects list. This was actually the second time the ML renovation was dropped in favor of the shifting priorities of WCC’s administration. The first time it happened, we ended up with the Health and Fitness Center. The Advanced Transportation Center is yet another non-academic vanity project designed to be the “signature” of a disastrous administration.

Falling bricks, heaving concrete, mold, failing plumbing, and leaks – these are all “life and safety issues.” When the Trustees do not demand immediate remediation, they knowingly risk people’s health, well-being and safety. Members of the public use and rent ML all the time. Students attend classes in ML daily. Employees work in the building year after year after moldy year. The Trustees even conduct their Board Meetings in the midst of all this decay.

I can’t think of a better way to honor the memory of a beloved WCC faculty member than to put his name on a building posthumously and then let it rot.

Published in Board of Trustees, Deferred Maintenance, Millage, WCC Budget and WCC Watch