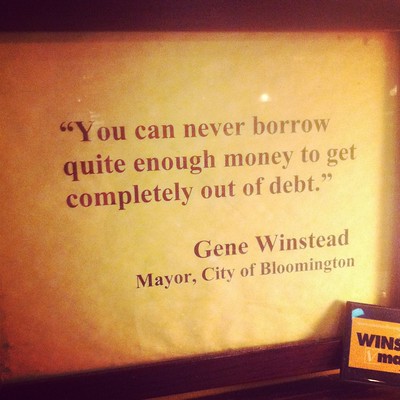 By student standards, WCC is currently one of the most affordable community colleges in Michigan. WCC offers a rare combination – low tuition rates and low fees. Keeping WCC affordable post-pandemic is exceptionally important.

One suggestion is for WCC to avoid taking on debt – specifically debt that gets repaid from the General Fund. The Board of Trustees has financed building construction around campus this way for more than two decades.

Taxpayer-backed bonds ask the community to fund a special tax stream exclusively to pay off a capital debt. Because the bonds come with their own revenue stream, they cost less to get, and they don’t require any diversion of General Fund resources. As an added benefit, if the College refinances the bonds at a lower rate, Washtenaw County residents get a break on their tax bills.

This also allows the Board to remain true to its “Students First” policy. Instead of shoving the costs of construction off on the students, the College can. It keeps WCC affordable, prevents 10% tuition increases, and eliminates ridiculous fees to fund a largely non-academic building, like the Advanced Transportation Center. And it would allow WCC to repair the badly deteriorating Morris Lawrence Building. Of course, it does mean putting together a construction plan that the taxpayers will agree to.

The next time the Board borrows against the General Fund, WCC’s borrowing costs will rise. Moody’s will likely drop WCC’s credit rating due to its structural deficit. With all its major revenue sources positive, WCC overspent itself, and the Board failed to prevent it. Lots of money and lax fiscal oversight are never a stellar combination. A good credit rating is an asset. Taxpayers need trustees who understand that.