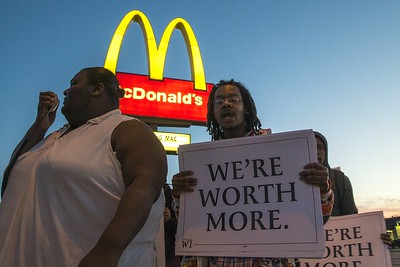 Everyone has a theory about declining community college enrollment

Between debates about the value of free college and shock over sharply declining community college enrollment, two-year schools are receiving a lot of attention lately. It also seems like everyone has a theory about why enrollments are in a freefall.

So, how big is the problem? Four-year enrollment has dropped 6.6% since 2019. That compares to a 15% enrollment loss at community colleges. The decline isn’t attributable to the traditional college-age population, and it seems like it may only be coincidental to the pandemic. According to the Centers for Disease Control and Prevention, the current and near-term college-age universe looks like this:

“Community colleges have become the taxpayer-funded, outsourced training grounds for many employers, some of which only speculate on what jobs might be there, causing more people to retrain repeatedly. Because community colleges are the start of adult life after leaving home, at 18 or on the second try, they should serve both employers and workers for the long, not short, term. Community colleges must educate students to be productive in all human environments – personal, professional, social, civic and natural – to be the best employees.”
Sandra Ericson, Community College of San Francisco

Possibly, I may have mentioned something about this at some point.

Only 25% of all businesses survive 15 years or more. Most “business leaders” can’t run their own businesses effectively. Why should they have over-sized influence on what our community colleges do or teach, or how they operate?

Community colleges don’t exist to underwrite training for low-wage occupations. Unfortunately, that’s the position their administrators have adopted. As a result, employers who need educated employees can’t find them, and poorly trained workers can’t find living-wage work. Meanwhile, Washtenaw County now has a mid-sized (and shrinking) community college that can’t get by with fewer than 13 Vice Presidents. But that should come as no surprise. The same administration reports to a Board of Trustees who thinks their quasi-private health club that lost nearly $5M last year alone is “a good investment.”

It’s time for a change.