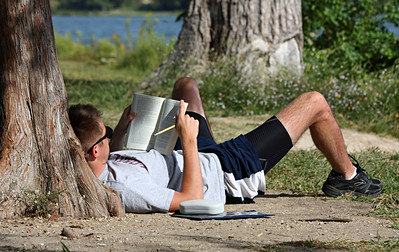 It is no understatement to say that the COVID-19 pandemic has had a significant impact on higher education. According to the National Student Clearinghouse, community college enrollment has declined nationally by nearly 10%. These numbers represent both students who skipped first-time enrollment, and those who paused a degree program. With news of multiple effective COVID-19 vaccines on the horizon, community colleges should address re-enrollment for students who have completed a significant portion of their degree requirements.

A January 2020 study conducted by researchers at the University of Florida shows that traditional information-based re-enrollment campaigns have little to no positive effect on students. The study examined 27,000 Florida community college students in good academic standing who had completed credits toward a two-year degree program, but who had stopped registering for classes. The students had previously been enrolled at one of five, high-enrollment (64,000 average) community colleges.

The researchers found that a one-class tuition waiver increased by 22% the likelihood that the student would re-enroll. Further, those students who received the tuition waiver were 21% more likely to re-enroll full-time. The tuition waiver approach was most successful among students who had completed a significant number of credits toward a degree. It was also highly effective among low-income students.

A 2013 study of community college students who dropped out before earning a degree showed that many were older. They also tended to receive less financial aid. This alone could explain why a one-class tuition waiver attracted these students. It lowered the student’s immediate cost of attendance enough to make degree completion economically feasible.

The researchers also examined the impact of re-enrollment campaigns that relied on reminder post cards and phone calls to students. Like SMS messages, those approaches had no effect on re-enrollment rates. SMS and other informational approaches did succeed when used to persuade recent high school graduates to enroll in classes for the first time. They were also effective means of providing financial aid renewal information to first-year students.

The point of the study is that there are effective (and ineffective) methods of reaching students who have earned credits but have not graduated. The fact that a one-class tuition waiver has a significant impact on student re-enrollment shows that cost is a barrier for many students who leave college without a degree.

At WCC, a three-credit tuition waiver would amount to about $315 per returning student. That’s a relatively small investment to make for a program that can increase both enrollment and the school’s graduation rate. The community also benefits from a fully trained worker.

There will be plenty of students who have already earned college credits at WCC, and – for one reason or other – abandoned their studies. In the near future, the community will need an innovative, low-cost approach that eliminates barriers to completion for these students. By offering the right aid to the right students, WCC can ensure that students of all ages and socioeconomic backgrounds have the means to achieve their educational goals.