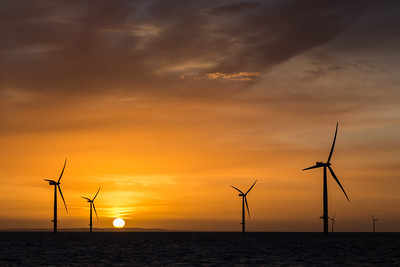 Conversion to renewable energy is a workforce opportunity

Yesterday, I wrote about Ford’s decision to locate battery and EV plants in Tennessee and Kentucky. Ford factored the cost of electricity in candidate states into its location decisions. Michigan’s cost-per-kwH is 36% higher than Kentucky’s and Tennessee’s. Clearly then, renewable energy will play a major role in manufacturing in the future. If Michigan wants to sustain its position as a manufacturing center, lowering energy costs is critical.

The difference in the cost to produce electricity is significant. If the price of gasoline in Michigan were 36% higher than in Kentucky, Michiganders would be paying $4.15/gal for regular. Building infrastructure to support renewable energy will lower the price of electricity.

A significant barrier to renewable energy in the state’s overall energy plan is the lack of trained workers. Right now, Michigan is the 9th-largest importer of energy among all states. Michigan’s dependence on other energy producers negatively impact us until we commit to producing more renewable energy.

In most people’s minds, renewable energy is synonymous with solar energy. In Michigan, solar has typically been a hard sell. Because of Michigan’s location in the northern tier, people believe that Michigan is too cold and/or not sunny enough to make solar energy practical. However, solar technology has advanced significantly, and homes and businesses can self-produce much of their own energy.

If you asked someone to name the states that produce the most renewable electricity, they’d probably choose states in the desert Southwest. They may imagine huge solar arrays sitting in the middle of nowhere quietly banking millions of kwH of electricity. So, it might surprise them to learn that the state that produces the most renewable energy is Vermont. Virtually all off cold, snowy Vermont’s electricity comes from renewable sources. South Dakota comes in second, producing more than 80% of its electricity from renewable sources. Then Maine, Idaho and Washington round out the top five.

Besides solar energy, renewables also include wind, geothermal, biomass, and hydroelectric power, all of which Michigan can generate, but does not. (You can drive through southern Ontario and see wind farms throughout this part of the province.) To successfully increase renewable energy generation in Michigan, we need trained technicians to design, install, operate and maintain renewable energy systems.

The Atlantic Cape Community College in Hamilton Township in southern New Jersey plans to open a new Wind Energy Training facility in Fall 2022. ACCC believes it can train 1,800 energy workers in the facility’s first year of operation. For reference, that represents about 20% of WCC’s current single-semester enrollment.