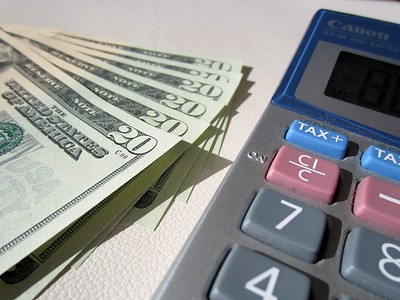 In the April 6 Board Retreat, Washtenaw CFO Bill Johnson took the time to remind the Board that 11 Michigan community colleges have facilities fees, including Macomb Community College and Schoolcraft College. For reasons that are not clear to me, the WCC Administration seems to want to either compare itself to or pattern itself after these two institutions. (They frequently use these two schools as points of comparison.)

So, I wanted to know how the management costs of these two institutions compared to WCC’s. Using publicly available data from the National Center for Education Statistics, I compared the amount of money each school spends on salaries for individuals in management occupations to the number of credit hours students enrolled in between 2012-13 and 2018-19. The resulting number is the institution’s management costs per credit hour.

From the chart, you can see that one of these things is not like the others. WCC’s management costs per-credit hour for this period are 213%-240% higher than MCC’s. They’re as much as 155% higher than Schoolcraft College’s. Based on unduplicated headcount, Macomb Community College is about one-third larger than WCC. WCC is almost one-third larger than Schoolcraft, so institutional size isn’t the reason for the sharp variation in costs.

What accounts for the difference? In the period between 2012-13 and 2018-19, Macomb Community College’s management group increased in size from 62 people to 63. The Board of Trustees at Macomb Community College rigidly controls the size of the MCC administration. And when I say “rigid,” I mean that they examine each new position individually and vote specifically to authorize each new hire at MCC. In doing so, they also control the institution’s management costs. MCC is one-third larger than WCC but its management group is just over half as large as WCC’s.

Between 2012-13 and 2018-19, WCC’s management group added 21 full-time management positions. Its per-credit-hour management costs increased by 42%. In contrast to Macomb Community College, WCC’s Board of Trustees simply rubber-stamps the “Personnel Recommendations.” This gives the WCC Administration carte blanche when hiring. As a result, the institution’s management costs (and administration size) have spiraled out of control.

Rather than larding on new fees to pay for WCC’s excessive management costs, it is time to consider reducing the number of people in management occupations at WCC. The size of the current administration is the source of WCC’s “financial disarray.” The WCC Trustees must clean up the mess they made by failing to control its growth.