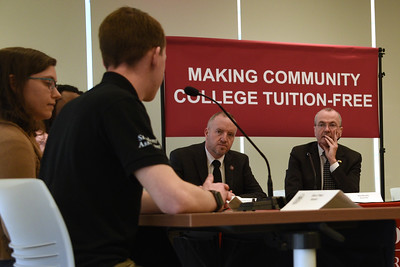 If you have time to read the report, it’s worth taking a look at. For me, two items stand out. First, the report examined the impact of so-called “free college” programs in two states – Tennessee and Oregon. The analysis includes data from first-term enrollments in both states. In Tennessee, in the first year of the program (2014-15), community college enrollment there increased by 28%. In following years, first-term enrollments leveled off and have remained largely steady.

Oregon introduced a similar program in 2016. First-term enrollments in Oregon had already been increasing at the time the program was introduced. Since its introduction, first-term enrollments there have continued to rise steadily. They have not leveled off, as what happened in Tennessee. With only two states to compare, it’s difficult to draw conclusions about the long-term impact of these programs. (Except to say that community college enrollments increased in both places.)

I find it curious that the current WCC administration and some Trustees eye the Governor’s “free college” program with a certain political suspicion, even though similar programs have resulted in increased community college enrollments in other states.

The College administration and the Board of Trustees should put their personal politics aside long enough to see the benefits to WCC that this approach offers.

Published in Board of Trustees and Community college affordability