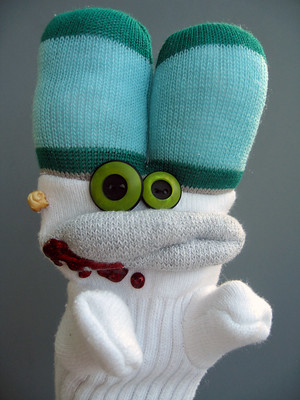 When actions speak louder than words at the Board Meeting

At the June 23 Board of Trustees meeting, Board Chair Christina Fleming offered the following commentary.


“I’d like to just say a couple of things because of all that is happening in our world right now and all that we have to deal with as a campus. One, we are still in the middle of a global pandemic. And if there’s anything I know for a fact, it is one – the Sun rises in the East. That is a fact. And two, there is currently no vaccine for this virus. That is a fact.

And it is that knowledge that guides me when I am making choices and decisions, or giving advice and recommendations to the President. I think it’s important that we act on facts and what the public health officials and doctors know. And I applaud the Administration for how quickly they locked down the campus; how quickly they were able to retool our entire system for distance learning. And I just want to say that I’m very proud of all that this Administration and teachers and staff has accomplished throughout this time. We still have a long way to go, and we will get there.

The second thing I would like to address is the civil unrest and social issues that we’re dealing with. We heard two really great reports today. Reports that just – I almost cried listening to them. Um, very, very early in my childhood I can remember seeing police brutality and beatings. When I was sixteen, I saw the Rodney King assault on TV. It was replayed over and over so many times. And before Rodney King, there were many others. These things were very formative to me in my early adolescence, and I carry that with me when I make choices and decisions.

Early on in my tenure here as a Trustee – gosh, I think it was maybe five years ago now – right about the time when Mr. Tucker was starting these initiatives to improve our diversity program – I don’t know if you remember, but a few years ago, our diversity program was really just putting on cultural shows. When I think of how much – when I think of how far we have come to – um – respond to diversity issues – especially on race, I’m very proud to have stood here in support of this – of this school and this Administration to make those changes.

I believe in our community policing program; I stand by my choice to support it. And I believe in the work that Chief Hilden is doing. I believe in the expertise that he brought to our little microcommunity and I still stand in support of it. It happens to be the new buzzword now – community policing – and we as a team, and as a microcommunity already have done it and been there, and we are at the cutting edge. And I am proud – so proud – of everybody. Just everybody. And that’s what I would like to say about the two big issues facing us today.”

Earlier in the meeting, Trustee DeVarti asked for concrete information regarding the police academy program, the training and experience of the instructors, the racial and gender diversity of the incoming class. Trustee Ruth Hatcher wanted assurances that the students aren’t being indoctrinated into a Good Old Boys’ network.

They asked for facts.

And later in the same exchange,


CF: I don’t want to you know, invade anybody’s privacy. I don’t want to – um – you know, cross any line that shouldn’t be crossed but there may be just a general community interest in just kind of knowing what the background is. I don’t – ”

Rose Bellanca: I understand. We’ll figure something out

RB: I’ll figure something out with Dave.

Maybe I missed the impact of the Rodney King beating at work on Christina Fleming when she asked the Administration to whitewash David DeVarti’s request for information about the qualifications of the police academy instructors? Perhaps I didn’t see her concern about systemic racism when she wanted to make sure Rose Bellanca was “ok” and that the request wasn’t going to be too hard.

The taxpayers cannot grant Trustee seats to Administration sock puppets who are so willing to eat whatever is put in front of them that they voluntarily render themselves incapable of performing the duties of the office. Those trustees deprive the Washtenaw County taxpayers of the representation we are entitled to.

We need Trustees who are willing to do the hard work of looking at the College dispassionately. WCC Trustees must represent the interests of the residents of Washtenaw County – first, last, always and only. And we cannot settle for less.