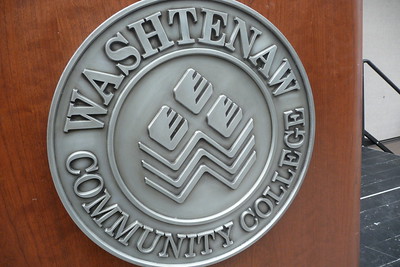 At the July 30 Board of Trustees’ meeting, Albert Kahn Associates’ Stephen White delivered a presentation on WCC’s master plan. During the presentation, he discussed proposed remodeling of a lightly used space on campus. The Student Center, the Morris Lawrence, the Occupational Education buildings and the parking structure enclose the space in question.

The proposal creates a “student terrace” designed to encourage pedestrian traffic here. The goal is to make it an attractive place to spend time. At the meeting, Trustee Richard Landau weighed in on this particular location on campus.

“I mean I have always felt that, you know, one of the elements on campus that is, you know, underutilized and difficult to utilize is that green space between Morris Lawrence, the parking structure, and the Student Center building. I mean, it’s really – it’s beautiful. It’s underutilized. There’s really no reason for anybody to use ithttps://wccwatch.org/wp-admin/users.php unless you happen to be walking from the Student Center Building to the Morris Lawrence Building, which some student do but a lot of them don’t, so I mean, I do think to move some common space onto that area would be a nice use of that space, and would get people to focus a little bit more on what is a very attractive feature on campus.”

This is why WCC’s Master Plan is dangerous

For people who know the campus, this is somewhat disturbing. WCC installed 140 geothermal wells in this “underutilized” space to heat and cool the OE building in 2010. That’s nine years after voters first elected Landau to the Washtenaw Community College Board of Trustees.

It was a high-profile project that won first place Chapter and Regional ASHRAE Technology Awards.

In 2015, Landau even discussed the project, and Washtenaw Community College’s commitment to sustainability in article in the Washtenaw Voice.

In recent years, the WCC board of trustees made a provision that all major campus construction and renovations be LEED certified. Richard Landau, the chairman of the board noted, “All our recent construction projects focus on sustainability and trying to make every building as energy efficient as possible.”

The College uses this space quite well. The Board of Trustees and the College administration have a responsibility to make good use of the voters’ tax money. WCC’s master plan should not invalidate a multi-million dollar investment in energy-efficiency.

What does it say when a 20-year trustee does not even remember spending $13.5 million on an award-winning project? Washtenaw County residents deserve much better than minimally engaged trustees who authorize major expenditures so effortlessly that they can no longer recall what they’ve bought, where it is or what it does.

It is time to demand actual accountability from the people we’ve elected to provide oversight for WCC.