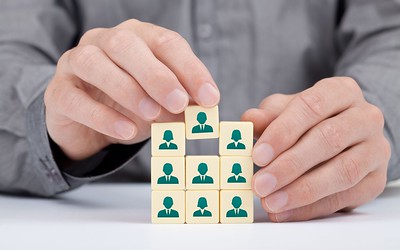 Washtenaw County voters elect seven people from the community to provide oversight for Washtenaw Community College. WCC’s financial disclosures show that failures of leadership at the highest levels are putting the College at risk, but the Board of Trustees has done little to stop it.

WCC has five different employee groups. They are:

In practice, the two groups were rarely exactly equal in size, but the first three presidents carefully honored this agreement. Vacant administrative positions sometimes went unfilled to maintain this system of parity.

WCC President Rose Bellanca has disregarded this agreement since her arrival, and that’s putting the College at risk.

Why does the size of the administration matter?

From the outside, this tit-for-tat arrangement might seem trivial, but it’s not. Aside from respecting the agreement with the faculty, there’s another very good reason to keep the College administration small.

WCC can issue municipal bonds, which are investments. Securities laws require WCC to file information about its operations. Investors use WCC’s financial disclosures when deciding whether to buy the College’s bonds.

The table below shows the size of the Custodial/Maintenance, OPT, Faculty and Administrative groups from 2000-2018. The numbers, taken from WCC’s financial disclosures, reflect the employee counts at the end of each fiscal year. You can see that size of the faculty group was always larger than the Administration with no exceptions – until 2013.

Unrestrained growth in the College administration

The Danger of Administrative Bloat

Second, it puts the administration at odds with the faculty. WCC’s previous presidents have honored the parity agreement because the size of the administration was a sore point among the unionized employee groups. Rose Bellanca’s willingness to ignore this element of the WCC culture shows her disregard for the WCC community.

Third, it is insulting to the Washtenaw County taxpayers who bore the burden of WCC’s ill-conceived, ill-timed construction of the Health and Fitness Center. While thousands of Washtenaw County residents lost their homes to foreclosure, WCC’s previous administration incurred millions of dollars in public debt. The current administration has used long-awaited increases in its tax revenues not to improve educational programs, but rather to add dozens of administrators to the payroll. At the same time, it reduced the ranks of those who deliver on the College’s educational mission and the staff who support them.

Where is the Board oversight?

The Board of Trustees has both the right and the responsibility to question Rose Bellanca’s expansion of the College’s administrative staff. It has yet to do anything except rubber-stamp all personnel requests, even when they jeopardize the College’s credit rating; its relationship with the College faculty and staff; and the goodwill of the voters. We need authentic oversight by trustees who are willing to demand the prudent spending decisions that WCC’s president seems incapable of. If the Board of Trustees does not act, the College will suffer the ill effects of this executive’s administrative bloat for years to come.