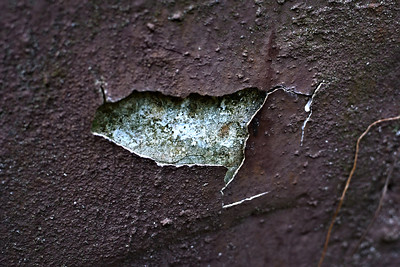 In this fourth item in this series, we’ll look at what the Washtenaw County taxpayers get in return for our enormous investment in Washtenaw Community College. For 55 years, Washtenaw County taxpayers have poured hundreds of millions of dollars into our community college. The return on that investment includes building neglect and a rubber-stamp board that authorizes everything and questions nothing the administration asks for.

WCC’s pattern of ignoring the maintenance needs of its buildings comes at a terrible cost to the taxpayers. Washtenaw County taxpayers have always provided enough funding to properly care for the WCC buildings. The return on that investment? $20M in building neglect.

Other community college trustees do not operate this way. They work hard to provide authentic oversight and resource management. They take steps to ensure that their policies protect the community’s investment in its community college.

Washtenaw County taxpayers have provided generous funding to the College for “operating expenses” including building maintenance. WCC has a $20M backlog of building neglect projects, despite receiving the third-largest countywide tax appropriation among Michigan community colleges.

To illustrate how bad this is, WCC placed netting over the East entrance of the Morris Lawrence Building to catch falling bricks from the building façade. The building will undergo a $9M renovation beginning in January 2021. $8M of the $9M price tag will remedy long-term building neglect. Meanwhile, WCC is spending more than $1M per year to pay off the Health and Fitness Center loans (through 2027) and about another $1M per year in maintenance costs on the building.

This past summer, WCC spent a quarter-million dollars to fix a leaking hot tub in the Health and Fitness Center. Recently, the CFO reported that another hot tub in the building is now also leaking and in need of a $163,000 repair. And the College has also budgeted about $600,000 to refurbish the locker rooms in this fiscal year. The Health and Fitness Center maintenance takes priority over the academic buildings because subscribers pay to use the HFC. And also because private investors funded the building. They want to know that their investment is being kept in good condition – at least through 2027.

As taxpayers, we elect the trustees to oversee our investment in WCC, but the current Trustees rarely provide any authentic oversight. They do not question the Administration’s plans, spending priorities or actions. These trustees aren’t looking out for the taxpayers. They function collectively as a rubber stamp on most issues.

One important tool the Trustees could use (but do not) is an Asset Protection clause. The Board could require the College Executive to maintain WCC’s assets in good condition as a condition of employment. Assets include – but aren’t limited to – the buildings on campus. The term also covers intangible assets, like the reputation of the college and the community’s good will. If the asset value drops due to neglect, negligence, mismanagement or deliberate action, the Board would have grounds to remove the executive. This is not a novel concept. Other community colleges make this requirement of their presidents.

By not implementing and maintaining policies that establish a distinct line of authority from the Board to the executive, we now have no oversight over the community asset we’ve spent the last 55 years building. The executive spends freely and indiscriminately, and the Board merely signs whatever the president puts in front of them. This is how the WCC Board has “worked” for years.

What exactly are Washtenaw County taxpayers getting from the WCC Board?

Currently, WCC’s administration is comprised of executives from Macomb, Oakland and Wayne Counties, who come here to spend our educational money on their pet projects, and then go home at night. Why has the Board filled the executive suite with administrators who have no personal investment in the well-being of Washtenaw County?

Here’s another example of what little the taxpayers get from the WCC Board of Trustees. The Board authorized an ongoing $15,000 housing allowance for the current WCC President. Apparently, a salary of nearly $225,000 isn’t generous enough to pay for suitable housing here. Under no circumstances should the taxpayers be paying the college executive an additional stipend to live in one of the most livable counties in Michigan. If the president finds Washtenaw County lacking, she is welcome to undertake the daily commute from the community of her choice. But taxpayers should not have to offer any additional inducements to an executive to live here.

Trustees at other community colleges make substantive demands of their executives. They have functional Board Policy manuals that create a clear line of authority from the Board to the President. They express loyalty only to the taxpayers of their district, and they do not agree to foolish executive contract terms. Their primary motive is to provide responsible governance of the community’s resources. That isn’t what we have here, but it’s what we desperately need.

Operating funds do more than keep the lights on

On March 10, WCC wants voters in this county to re-authorize one of its four millages for another 10 years. Voters last renewed this millage in 2008, while we were in the depths of the Great Recession. Collectively, we supported WCC – even as many people in our community were losing their jobs and worse, their homes.

And this is what the WCC administration has done with the money we sacrificed to give them during the worst recession since the Great Depression.

So, please consider what the term “operating funds” can actually include, and how WCC spends your tax dollars on March 10. In addition to keeping the lights on, they’ll be using the money you give them to make loan payments on construction projects we didn’t ask for and didn’t authorize. They’ll also need money to fund no-bid contracts; outsource employees; build a hotel and conference center and hire more administrators, while neglecting the buildings we’ve already invested hundreds of millions of dollars in.

The people we’ve elected to watch over WCC aren’t doing that. Some of them are exercising their own personal or political agendas; others are simply doing nothing. As a community, we have invested too much money in WCC for too long to allow it to deteriorate from willful neglect. Without firm controls on spending, authentic oversight and a clear line of authority from the Board to the College president, continuing to supply WCC with money is insane.

Published in Board of Trustees, Deferred Maintenance and Millage