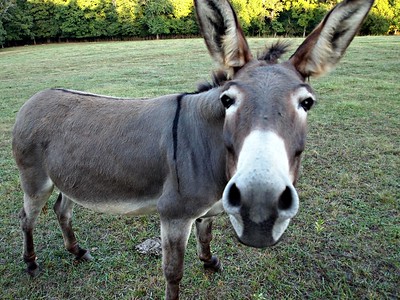 WCC Millage: Having More Than Most Is Not Enough

The WCC Board of Trustees approved a motion to seek a renewal and increase of an expiring millage. If approved, the 1.0-mill assessment is expected to raise about $17.5M in its first year. Washtenaw County voters may not realize that the WCC millage on their tax bill is actually four combined millages. Two WCC millages are permanent and don’t need voter reauthorization; the other two still require voter approval. WCC currently seeks approval to renew these millages once every 10 years.

Currently, Henry Ford Community College has the highest millage rate in Michigan (4.000), but that doesn’t mean it gets the most money. Because HFCC is a relatively small district, it collected about $13.7M in county tax revenues in 2018.

Oakland Community College receives the most county-level tax revenue ($84.4M in 2018), despite having a below-average millage rate (1.5372). That’s because Oakland County is a very large district with comparatively high property values.

WCC has the best of both worlds

Washtenaw Community College is in a sweet spot of sorts. It has both relatively high property values and a high millage rate. As a result, WCC collected more than $56M from county taxpayers in 2018. In fact, WCC receives more in tax revenues than all but a small handful of Michigan’s community colleges.

Which makes it very hard to understand why WCC’s administration feels that it needs to develop additional revenue sources that are unrelated to WCC’s educational mission. Washtenaw County residents have taxed themselves generously to build and operate a community college. The WCC administration wants to divert money we authorized for education to build an unnecessary side business for the College.

A hotel and conference center carries with it significant risk to the taxpayer with very little upside. Convention and conference spending is very sensitive to changes in the economy. When the economy is growing, convention and conference spending goes up. During recessions, however, the industry is very hard-hit. Washtenaw County taxpayers will pay for WCC’s hotel and convention center losses during the lowest point of an economic cycle. When we can least afford it, we will be shouldering the burden of WCC’s poor decision-making.

Taxpayers are under no obligation to compete with local private hotels. While there is clearly a misguided desire on the part of the College administration to build and operate such a facility, they will have an exceedingly difficult time making ends meet without solid taxpayer support.

Voters have a once-in-a-decade opportunity to remind WCC that its exclusive mission is to educate Washtenaw County students. Don’t allow WCC to hijack tax money you approved for higher education to pay for foolish real estate development deals.

Published in Millage and WCC Conference Center and Hotel