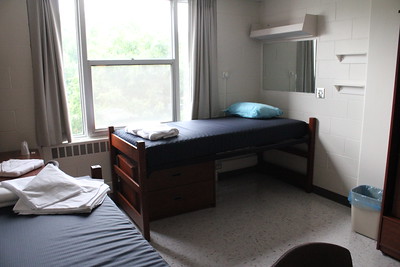 One of the most important measures of the risk of real estate development is something called “cap rate.” The cap rate examines the ratio of net operating income (NOI) to the current market value of the asset. The cap value can predict how long it will take an asset to pay for itself.

For example, if a building produces $1M in rent per year and has a market value of $10M, its cap rate is $1M/$10M or 10%. Operating the building would recover 10% of its cost per year. Its payoff period would be 10 years.

This is somewhat simplistic, since assumptions change over the lifetime of an asset. For example, a building that was making $1M per year in rents might get damaged or the market might change. If it suddenly starts making only $500K per year, the building’s cap rate – and its payoff period – will change.

So what would be the cap rate for a new hotel on WCC’s campus? It all depends upon the assumptions, but last week, I made some “Future 1” calculations based on current market rates. If the hotel costs $15M to build, that value could substitute for the market value. (Just because something costs $15M to build doesn’t mean that its market value – what it would sell for – is $15M.)

It also begs the question of exit strategy. What is WCC’s plan to get out from under this disastrous decision? If WCC sells the asset, it will likely take a loss. A sale could mean that WCC recovers some of its capital outlay. It also means that WCC permanently loses a portion of its campus.

Razing the building would be an extraordinary waste of money and doesn’t eliminate its debt and bills. At least this option would stop the bleeding.

If WCC converts the building to dorm space, it keeps the building and potentially makes it pay for itself. But it takes on an enormous maintenance bill that WCC does not currently have. If WCC cuts corners on building construction – as it did with the Health and Fitness Center – the “dorm” will have a brutal, short and expensive life.

Eastern Michigan University recently renovated Wise Hall at a cost of $11.2M. Wise Hall has more than 100 rooms, but it was designed as a dorm. The rooms at Wise are smaller than the typical hotel room.

In one respect, dorms are no different than hotels. They need to be refreshed periodically, and at significant expense. Just like old hotel rooms, old dorm space doesn’t rent well.

Transferring debt to the students

WCC has been a commuter campus for its entire existence. It’s not clear that providing student housing would increase enrollment or revenues. Campus housing would vastly increase student debt for those students who choose to live there. Shifting the College’s painful debt to the students probably isn’t what most voters had in mind.

Voters in Washtenaw County must demand that the WCC administration focus on education and leave the risks of real estate development to private interests. Private developers haven’t chosen to enter the convention-and-hotel space in Washtenaw County. Municipal entities at the city and/or county levels haven’t chosen to enter this space either. WCC should not make the mistake of consigning the taxpayers to the impossibly unmanageable risk of this real estate development.

Published in News and WCC Conference Center and Hotel