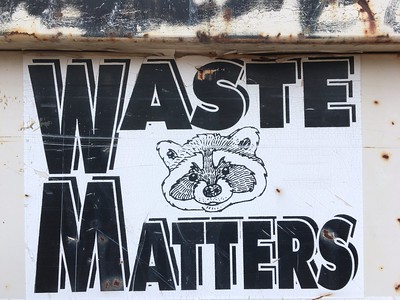 Community college funding sources are pretty limited. Michigan community colleges get most of their operating revenues from just a few sources. They include:

Colleges combine these monies to get their total annual operating revenue, but they do more than just operate. They also build, renovate and expand buildings. Public colleges cannot use operating dollars for construction. Construction money – called capital – comes from elsewhere.

Colleges get construction funding by issuing bonds. Bond sales raise a large amount of cash –enough to build a building immediately. They also create debts that the voters must repay, usually over a period of 20 years.

For the voters, bond authorizations can be tricky. The ballot language says how much money the college wants to borrow and how long it will take to repay. But the ballot language is missing one important detail: the interest rate on the debt.

That’s because market factors determine the interest rates on the proposed bond issue. The interest rate won’t be set until the college actually borrows money. The voters must simply agree to repay the bond debt – whatever it might be.

The college doesn’t have to borrow all the money at once; separate bond issues can have different interest rates. A college may issue bonds in one year when interest rates are low, and issue more bonds when rates are much higher. Each time the college sells bonds, the voters are on the hook for whatever deal the college makes.

Market factors determine both the interest rate on the bonds and their attractiveness to investors. These factors can significantly affect the cost of borrowing money. These unknowns mean that the College Trustees must always think carefully about when and why they authorize debt.

Bonds aren’t the college’s only source of capital funding, however. The Michigan Finance Authority (MFA) provides construction funding to state colleges and universities. Each project goes through a two-part authorization process: a planning process and a construction authorization. Simply because a project is approved for planning does not guarantee that the State will fund construction.

The process is also competitive. Following planning, projects must compete against other community college projects for funding.

For approved projects, the state finances its share of the building costs through the State Building Authority (SBA). The SBA issues long-term notes to cover the state’s funding commitment. The state will fund up to 50% of an eligible community college project. The state will not fund deferred maintenance. If the College proposes a renovation project for a building it has neglected, the cost of addressing the deferred maintenance falls to the College.

When the SBA finances a community college project, the College conveys the title to its property to the SBA. The State of Michigan “leases” the property and pays the SBA “rent” as a way to retire the state’s debt. Once the state has retired its portion of the debt, the SBA returns the property title to the College. Usually, the state pays off its portion of the financing in 15-20 years. The payback period for large projects may be longer.

As with any good deal, there’s a catch. The state agrees to borrow funds for only certain projects. Qualifying projects include:

The takeaways on bond authorizations

Bond authorizations create debt for taxpayers in the community college district.
The voters do not know certain critical factors – like the interest rates on college-issued bonds –when the Trustees ask them to approve a bond proposal. Taxpayers must rely on the Trustees to make good decisions about spending, borrowing and debt.

The state makes money available to colleges that relieve the taxpayers of the need to fully fund a building.
The taxpayers do not have to pay the full cost of qualifying construction.

The Trustees have a duty to minimize the cost to the taxpayer of each construction project.
Approving projects that make poor use of state matching funds is irresponsible. Neglecting buildings to a point that actually increases the taxpayers’ cost for renovations is unconscionable. Signing off on projects – like the Health and Fitness Center or the proposed hotel, which simply do not qualify for state matching funds – is insulting.

The Trustees know that spending decisions like these deliberately maximize the taxpayers’ debt.

The WCC Board of Trustees must understand that the taxpayers have grown tired of the Trustees’ continual, arrogant disregard for the taxpayers’ interests. The taxpayers will not continue to simply shell out for whatever spending the administration dreams up and whatever debt the Board piles on.

There is a limit to the taxpayers’ generosity toward WCC and this Board of Trustees is moving dangerously close to it.

Published in Board of Trustees, Deferred Maintenance, Health and Fitness Center, Millage, News and WCC Conference Center and Hotel