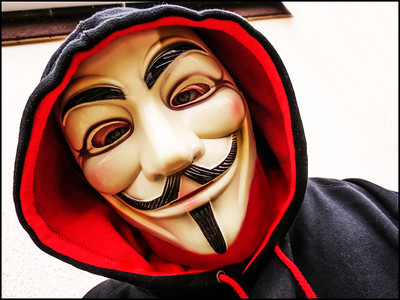 The importance of being honest, Trustees

Oscar Wilde’s farce, The Importance Of Being Earnest, features characters who rely on deception for their own convenience. Throughout the play, the characters experience the uncomfortable consequences of dishonesty. Spoiler alert: they ultimately learn the value of being honest. Honesty is one quality that seems lacking in communications between the public and the WCC Board of Trustees.

A reasonable person might assume that email sent to trustees@wccnet.edu would – you know – go to the trustees at WCC. When you email the Washtenaw Community College Board of Trustees, you should know this: none of the WCC trustees use that email address.

Email sent to that address is first distributed to the College President, the College attorney and the WCC Board of Trustees’ secretary. Then, the administration writes – for lack of better word – a rebuttal to the original comment, and finally, the secretary forwards everything to the Board of Trustees.

You can see an example of this process here. On the left is the original constituent communication, while on the right is the Administration’s rebuttal.

Voters should reject WCC Board of Trustees convenient deception

Voters should be outraged by this. Washtenaw County voters elect the Trustees, who then have hiring and firing authority over the College’s president and attorney.

Voters have the right to communicate directly and confidentially with their elected officials. Even viewing this in the best possible light, it is unseemly for the College administration to intercept email, much less add its own interpretations to them.

Second, the trustees cannot be sure that they receive all of the communications that the public send. Hypothetically, the College administration could “catch-and-kill” emails that are unflattering, embarrassing, or discuss the administration.

Trustees@wccnet.edu clearly suggests that the trustees receive the email sent to that address. Voters who use this address are unknowingly communicating directly with the College president and the College attorney instead.

The College administration does not bear full responsibility for this situation. The trustees know about and also participate in this lie. This is disrespectful to the voters as well as sorely lacking in integrity. It is also symptomatic of a Board of Trustees that does not maintain the requisite distance between itself and the administration it may one day need to discharge.

Communicating with county residents about the College is part of the job. Trustees who cannot be bothered to accept email regarding the College directly from voters should resign. Similarly, Trustees who cannot understand constituent communications without help do not belong in the seats they occupy. Further, the College should clearly disclose the trustees@wccnet.edu recipient list, especially since no trustees actually use it.

As the characters in Wilde’s play discovered, there is real value in being honest. The voters of Washtenaw County deserve better than this. Please take a moment to use the any of the email links in this post to send a message to the College administration. Demand that the College president and the College attorney stop intercepting email intended for the trustees@wccnet.edu.