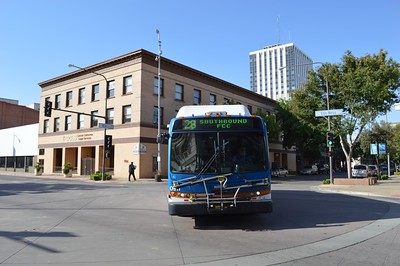 The proposed cancellation of a popular free transportation program has called into question the community college trustees’ role. The State Center Community College District consists of three community colleges and three educational centers around Fresno, CA. The district recently announced that it will eliminate a program that provided free bus passes to its students. Hundreds of students currently use the program to access classes on campus.

The SCCCD has funded the program since 2017 using money designated for parking lot maintenance. Officials now say that they need the money to repair the district’s parking lots. However, the cancellation will leave many students with no way to get to campus, starting in May.

Students have been working diligently with Fresno city officials to find alternate funding for the program. The SCCCD trustees, including the Board chair, said they had no idea the program was being cancelled, since the administration never presented the proposed cut to the community college trustees for a vote. Three SCCCD trustees have been working with the students and the Fresno City Council to find a solution. Four other trustees have remained silent, following advice given to them by district officials via email.

The issue, which has not yet been resolved, goes beyond funding bus passes for students. It raises questions about the independence of the Board of Trustees. Some community college trustees believe their primary responsibility is to their constituents. Others seem content to take direction from the administration.