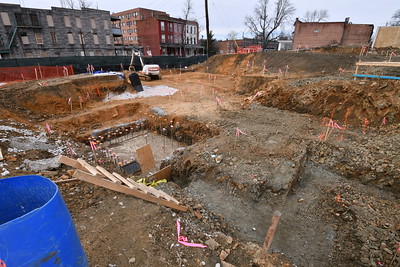 Opportunity Zone is an opportunity to rethink master plan

Yesterday, I wrote about a proposed housing development in the Opportunity Zone across Clark Road from Washtenaw Community College’s campus. If you’re not familiar with an Opportunity Zone, they’re relatively new. And by “new”, I mean they materialized into the tax code in 2017.

The Trump Administration buried them about 200 pages into the Tax Breaks and Job Cuts Act of 2017. They’re tax breaks intended for the near-exclusive benefit of billionaires who invest money in low income census tracts.

I use the term “invest” loosely. Investments can include “… multi-family residential, student housing, mixed-use, hospitality, or other commercial development including community revitalization, affordable housing, and workforce housing.” So far, OZ investors have played it safe by bankrolling projects like luxury student housing, expensive condos, boutique hotels and other projects that one would not ordinarily find in income-limited areas.

The legislation created 8,764 OZs, 11 of which are in Washtenaw County. The OZs themselves fade away after 10 years, but the tax breaks to investors can continue for 30 years.

OZs are the brainchild of Sean Parker, who stepped onto the world stage as the co-developer of Napster, a peer-to-peer file sharing service that operated for about two years. While the Napster name survived, the RIAA sued the file sharing service out of existence for copyright infringement.

Following that, Parker developed Plaxo, an early social networking tool. He later became the first president of Facebook. The tax-break angle that OZs offer is interesting because Parker professes to believe that wealthy people should pay higher taxes. (Parker is a billionaire, by the way.)

Opportunity Zone is a liability for WCC’s income ambitions

For its part, Pittsfield Township is “thrilled” to book this affordable housing plan. The units will be open only to individuals with incomes less than $44,000 or households (of four) with incomes less than $63,000. I suspect the new buildings will attract people from nearby McKinley properties who are desperate to get the shooting stopped.

The WCC Board of Trustees should recognize that most WCC students will immediately qualify to rent space in this project. Further, Pittsfield Township would clearly welcome similar housing projects in its Opportunity Zone. Finally, OZs provide tax breaks for all sorts of commercial real estate development – not just housing. These three factors (and WCC’s sagging enrollment) should permanently end aspirations of commercial real estate development at Washtenaw Community College.