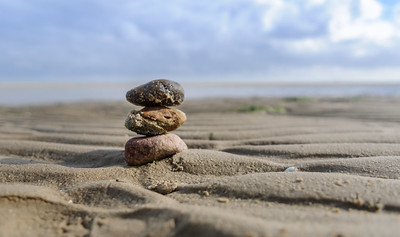 Keeping it a stack: stackable credentials aren’t all that

If you’re not familiar with so-called stackable credentials, they’re short-duration training courses that range from a few hours to a few weeks. They usually result in a certificate of some sort. The idea is that the student can “stack” or link complementary short-duration courses to create a perfectly tailored credential.

Few people stack credentials; in fact, fewer than 2% of working people took this approach to assembling a credential. However, stacking is not simply just earning a bunch of certificates. It is the deliberate completion and ordering of credentials to compound the value of the entire stack. The idea is that each credential will boost an employee’s worth and increase his or her earnings. Each credential in the stack has discrete economic value.

It’s also important to note that a stack could combine a certificate with an associate’s or bachelor’s degree. A stack might also include some form of licensure, even though a license (by itself) does not involve any post-secondary credits.

Stacking credentials isn’t easy. For example, some people may complete a certificate, and then go on to complete an associate’s degree. That may or may not count as a stack. If the person went back to school and earned an associate’s degree because the certificate alone did not have meaningful impact on the earner’s salary, that fails the “stack test.” Each element of the stack has to have a discrete economic benefit.

Associate’s degrees, certificates and other sub-degree credentials had no meaningful economic effect that persisted 7-8 years after being granted. Only a bachelor’s degree retained it value.

That says a lot about why students are abandoning community colleges in droves. The community college’s reliance on the speed of entry into the workforce doesn’t provide long-term benefits to the earner. Over time, if a sub-bachelor’s degree credit “dissolves,” there is little to no reason to spend time at a community college.

Further, if the benefits of a certificate or degree programs are so economically defective that they require the holder to earn a higher-level degree to unlock economic benefits, it’s simply more cost- and time-effective to earn a bachelor’s degree.

Low-income students can’t afford to gamble on the outcome of an investment of time and money in education. And with negative net earnings a real potential outcome, it’s not hard to understand why community college enrollment is dropping.

It’s also not hard to see why universities will use this to improve their enrollment numbers in the coming years.