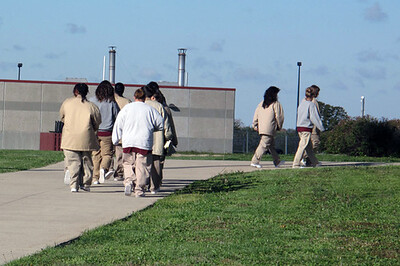 You may not notice it if you aren’t looking for it, but there is growing interest in inmate education programs. Educating incarcerated people does more than just provide a way to pass time. It prepares prisoners for the workforce following their release.

The Sentencing Reform Act of 1984 modified the way federal judges could apply sentences to individuals convicted in federal courts. Among other things, the law required judges to apply mandatory minimum sentences, and it eliminated parole.

But it did more than that. Many states also adopted these “reform” measures which ironically shifted the focus of incarceration away from rehabilitation and toward punishment. The prison population skyrocketed. Today, Michigan imprisons about three times as many people as it did in 1984, despite substantial decreases in most violent crimes. The jail population in the state has not been spared, either. Since 1984, the jail population in Michigan has doubled. (County jails typically house low-level offenders convicted of misdemeanor crimes.)

But most prisoners don’t remain incarcerated forever. They leave prison. If the State has done nothing to rehabilitate that person while he or she is in custody, it is unlikely that former inmate can contribute meaningfully to the economy upon release. Clearly, not all people who find themselves behind bars can turn their lives around, but many can.

Inmate education is within the community college mission

Today, about a quarter of Michigan’s former inmates return to prison following release. That number is much lower than it was in 1999. At that time, nearly half of all prisoners who served their sentence returned to custody within three years. Part of the reason the State has been successful in reducing recidivism is that it has prioritized inmate education for those prisoners who qualify.

We badly need inmate education programs. The Department of Corrections partners with Jackson College for vocational training. But WCC could partner with the Washtenaw County Sheriff’s Office to create programs for qualifying inmates. Currently, the WCSO partners with WISD to offer GED services and Washtenaw Literacy to provide literacy support services. But there are no other inmate education services offered there.

Working with inmates at the county level could be an important intervention that ultimately prevents them from “graduating” to a state prison. A mission-centric program like that would also enable WCC to access Pell Grants for incarcerated students.

I would much rather see Washtenaw Community College spend its CARES money on things like developing accelerated vocational training opportunities for county inmates than on papering over the Health and Fitness Center losses. Or going down rat-holes like building a hotel or attempting to operate a convention center.