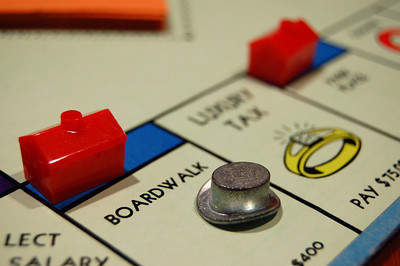 Can the trustees build a WCC campus hotel?

Washtenaw Community College’s new master plan includes plans for a WCC campus hotel and convention center. On the surface, the March 10, 2020 ballot question is about money. Taking a closer look, a deeper question emerges. Do the voters support the administration’s vision for the campus?

Do we want the College to spend money meant for low-cost, high-value educational programs on building a WCC campus hotel instead?

What can the trustees of a Michigan community college do?

Washtenaw County taxpayers are facing a major risk. As such, it helps to know what The Community College Act of 1966 gives trustees the power to do.

Second, the Community College Act of 1966 gives trustees the power to do things like buy land, build buildings, enter contracts; and sell the community college’s property.

The board of trustees may do all of the following:
(a) Locate, acquire, purchase, or lease in the name of the community college district a site or sites within or without the territory of the community college district for college buildings, libraries, agricultural farms, athletic fields, playgrounds, stadiums, gymnasiums, auditoriums, parking areas, residence halls, and supporting facilities as may be necessary;

Can the Trustees build a WCC campus hotel?

The Legislature did not put hotels and conference centers on the list of common campus buildings. So, the question is, “Is a hotel a ‘college building?'”

If it is not, the Board of Trustees probably can’t legally build a hotel. In this case, the new “master plan” is just wasted time and money.

If it is, the taxpayer risks that this Board of Trustees will shift WCC’s mission from education to real estate development. The College could build and rent out a space that does not support any of the College’s academic programs or student needs. Worse, the WCC campus hotel could compete (unfairly) against area hotels, and the College may duplicate Destination Ann Arbor’s work.

The taxpayers answered the “mission” question for the College in 2009. The Board had to decide whether to acquire the other “WCC” – the privately-owned Washtenaw Country Club. At that time, the Washtenaw Country Club was nearly $2M in debt. The College would have gotten the country club property for “free”, provided that it paid off the club’s debt. The public strongly opposed the deal, since it looked as if the College was bailing out the wealthy during a profound economic crisis. The Board of Trustees wisely backed away.

Ten years down the road, this College administration isn’t even trying to tie a WCC campus hotel and convention center to the College’s academic mission. Worse, the current Board of Trustees appears to be too arrogant to read the room. Unless voters speak clearly to the Board on March 10, 2020, the College could break ground on a new hotel and convention center soon.