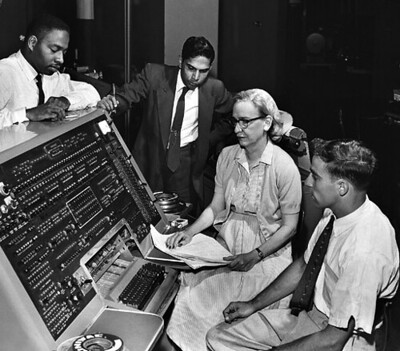 Today, we take time to wish Grace Hopper Happy Birthday. (Grace actually died in 1992, but today is her 113th birthday.) If you don’t know who “Amazing Grace” is, you should. She’s costing the taxpayers of Washtenaw County a fortune.

Where did COBOL come from?

Computers weren’t commonly available in 1959. Most “computing” was rudimentary, and took place in one of two places: the Department of Defense or in labs at research universities. The Department of Defense wanted a machine-independent programming language, and they ended up with COBOL. COBOL was a “first pass” at machine-independent programming, so Grace Hopper and friends never intended it to survive indefinitely. Unfortunately, it has. COBOL is still used today in banking, finance and administrative systems used by educational institutions and governmental entities.

In 2017, Reuters reported that COBOL drives slightly less than half of all banking systems in operation. Further, COBOL-based systems perform 80% of in-person banking transactions, and virtually all ATM transactions require COBOL.

Even if you know nothing about Grace Hopper or COBOL, you could conclude that COBOL is critically important to the banking system. (It is.)

Here’s something else to know.

No one (outside of the users mentioned earlier) uses COBOL.

Where are all the COBOL programmers going?

Now mostly in their mid-70’s (or older), COBOL programmers are literally a dying breed. As the pool of people who know how to support the banking system shrinks daily, the legacy costs of systems that use COBOL are literally exploding.

More than 90 of the world’s 100 top banks rely on COBOL for their banking operations. In the next 3-5 years, half of these banks will merge or go bankrupt. The cause? The insanely high costs of supporting their COBOL-based software.

So, why don’t banks just simply move to more modern, better-supported software? In short, the migration costs are high, and the banks aren’t willing to spend the money or take a risk on other solutions. As a result, they will gladly pay the ever spiraling legacy support costs until they either merge with a bank that’s already made the switch, or they go out of business.

Yes. The banks are less afraid of going out of business than they are of switching to modern software that’s easier to support and would save them hundreds of millions of dollars per year.

Why Washtenaw County taxpayers should care about supporting COBOL

That’s all very unsettling, but what does that have to do with the taxpayers of Washtenaw County?
Banks aren’t the only institutions that rely on COBOL. Universities that use Banner, a popular Enterprise Resource Planning (ERP) and Student Information System (SIS) are facing the same crisis. And just as with the banks, the legacy costs of supporting Banner are chewing through higher ed IT budgets at an alarming rate.

And also like the banks, higher education institutions (including WCC) are willing to spend money hand-over-fist to avoid the cost and the perceived risk of replacing Banner.

In fact, to preserve the twisted relationship with its dying ERP software, the WCC Board of Trustees authorized a $26M no-bid managed IT services contract that would eliminate the College’s IT staff. The College turned over all IT functions to Ellucian, the company that owns Banner.

Now, of course, “IT” is a lot broader than the College’s ERP system, and it’s becoming clear that the College is not getting anywhere near the level of IT support it once received from its internal IT staff.

WCC – and by extension the Washtenaw County taxpayer – will pay the high-and-climbing costs of supporting an administrative software program written in obsolete code until the College has no other alternative than to change.

Remember the banks that would prefer to go out of business rather than migrate away from the software that’s bankrupting them? Legacy ERP software costs can push higher education institutions to the brink of insolvency, too. Texarkana College’s Banner experience is a preview of what institutions (like WCC) could be facing by not looking for ERP alternatives.

In the meantime, Washtenaw County taxpayers are paying an extraordinary price for the privilege of using software written in a programming language developed by someone who was born 113 years ago today.

Published in IT Outsourcing, Millage and News