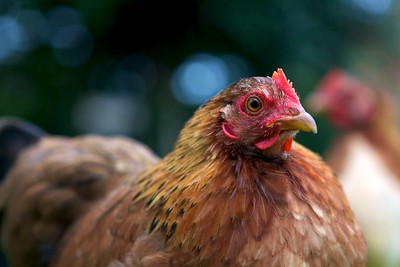 Danville Community College in Danville, VA announced earlier this week that it will provide workforce development training for 80 new workers at a Tyson Foods meat processing plant set to open there soon. The industrial maintenance workers will be the first among 375 that Tyson will eventually hire for its 325,000 sq-ft facility. The plant will produce Tyson’s cooked chicken products.

Virginia landed the Tyson project by providing a $3,000,000 grant from the Commonwealth’s Opportunity Fund and a $3,000,000 performance-based grant from the Virginia Investment Performance Grant. Additionally, Tyson received a $500,000 Governor’s Agriculture and Forestry Industries Development Fund grant as well as $1,500,000 in incentives from the Tobacco Commission. (I’m still pondering the intersection of tobacco and chicken, but I digress.) If you weren’t doing the math, that’s $8 million. Additionally, the State will pay to train Tyson’s workers.

So, just for reference, Tyson Foods logged $41B in revenue in 2021, and had a net profit of $3.047B. That is a nearly 50% increase over its 2020 net earnings. And the $8M incentives from the state? They amount to two-tenths of one percent of Tyson’s net profit in 2021. In other words, Tyson Foods can afford to train its own workers.

The Walraven situation isn’t much better. According to the company, it chose Danville, VA in part for its commitment to technical education. The Walled Lake facility will remain operational, but the company will move its headquarters this year.

Workforce development should focus on the worker

Somehow, community colleges transformed themselves into a free training service for businesses that can afford to train their own workers. Training expenses are part of the cost of doing business for pretty much every business. While it is expedient to train workers for Tyson Foods and Walraven on the taxpayers’ dime, it doesn’t really serve the worker. Workers need less employer-specific training and more education, so they can adapt when their company pulls up stakes and moves. (And that will happen when the tax breaks and incentives run out.)

If community colleges concentrated on providing high quality technical education instead of one-off training for local employers, we’d all be better off. Until community colleges shift their focus to meeting the needs of the student, workforce development will continue to be an expensive, DOA investment for local taxpayers.