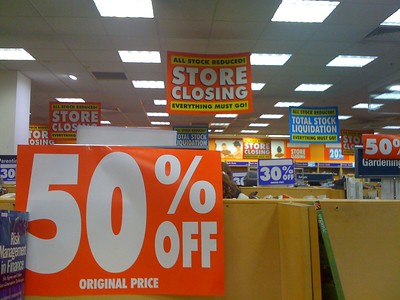 WCC is among the best-funded community colleges in Michigan. This year, it collected nearly $60M in local property tax revenues. WCC regularly enrolls about 12,000 students, when the economy is good. The average Michigan community college enrolls about half that. WCC also receives a higher state appropriation than most. In FY20, WCC has total revenues of nearly $113M. Despite this, the WCC administration believes it needs more money. To generate new revenue, the administration wants to build a hotel and conference center on campus. Instead, it should look at endowments to create additional revenue.

According to the American Council on Education, about 16% of the nation’s 4,000 higher education institutions have an endowment. Most of these institutions are four-year colleges and university, but nothing prevents two-year colleges from using the same strategy to enhance their operating revenues.

Endowment funding supports the recipient indefinitely. It often funds ongoing scholarships or provides money for research or teaching. In other cases, it returns unrestricted money directly to the institution’s general fund. The corpus of the endowment generates investment income. The proceeds return to the recipient, while the endowment itself remains available for continuous investment.

Endowments aren’t exactly “free money.” Endowed institutions spend time and money to increase the size of their endowments. For example, according to the National Center for Education Statistics, the University of Michigan has the 9th largest endowment of all US higher education institutions. Despite the large size of the UM endowment, the University does not stop trying to build its endowment. UM uses its endowment to fund scholarships, professorships and programs. The larger its endowment, the more income it can potentially return and the more expenses it can fund.

An endowment would fit well in WCC’s funding model

An endowment that supports WCC’s general fund could work really well for the College. WCC’s current funding mechanism is contrarian. It produces steady revenue for the College when the economy is bad. The mechanism features multiple revenue streams, including local property tax revenues, student tuition and fees, and the state appropriation. WCC does have other revenue streams. While these other income streams are notable, they do not comprise a large percentage of WCC’s revenues.

In a good economy, WCC’s enrollment drops. That causes the revenue WCC gets from tuition and fees to drop. At the same time, property tax collections increase. The increase in tax revenues offsets the loss in tuition and fees. The State appropriation can go up, down or stay the same from year to year. Generally, an increasing enrollment will produce higher state appropriation, but not always.

The average recession lasts 22 months. The average expansion lasts 27 months. In a bad economy, WCC needs all the funding it can get because that’s when students flood in. They bring tuition and fees with them, so WCC’s tuition income goes up. Unlike enrollment losses, which immediately drop tuition revenues, tax revenues float down gradually, thanks to Proposal A. When the economy begins to pick up, the student enrollment drops and tax revenues begin to recover. Ideally, WCC’s funding mechanism takes care of the College in good times and bad.

WCC is good during the trough of a recession, and good during a peak economy. So when does WCC really hurt for money? If the College needs money – truly needs money – it would most likely be during the transition from a long trough to a weak expansion. At this point, enrollment starts to decline, but property taxes haven’t yet recovered. This is exactly what we saw following the Great Recession in 2012.

As you can see, WCC is still here.

The Administration’s proposed revenue generation scheme – a hotel and convention center – is a firmly momentum-based revenue strategy. It can potentially generate money only in a good economy.

In a bad economy, people do not travel, and they do not attend conferences. Travel is among the first expenses that businesses cut when the economy sours.

An empty hotel and convention center will sink the College’s finances during a recession. This is when WCC needs all the money it can get. It cannot afford to divert resources at this point in the economic cycle to prop up a foolish gamble that needs a good economy.

On the other hand, a cash-only momentum investment (an endowment) is much easier to manage during a recession. You can move money to limit investment losses in a bear market. You cannot move a hotel.

Investing, rather than building a hotel, is clearly the better strategy to generate money in an economic upturn. To be clear, WCC already invests money. The Administration needs to more fully explore investment income and building its endowment to generate momentum-based revenues. The voters cannot allow the College administration to adopt foolhardy strategies that will destabilize WCC when we need it the most.