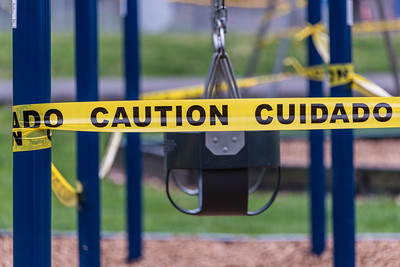 If you haven’t read Governor Gretchen Whitmer’s economic plan for a new Michigan economy, please do. Whether or not you agree with her politics, Michigan’s economy often starkly contrasts those of neighboring states.

The economic plan relies on input and effort from many different sources and attempts to tackle a laundry list of problems. Divided into three “pillars,” the plan lays out a roadmap for improving Michigan’s economy. The pillars provide strategies for growing the middle class, supporting small businesses and growing strong communities.

There’s lots of work to do to accomplish the stated goals of the economic plan. Pillar 1, growing the middle class, includes encouraging Michigan residents to complete at least 60 post-secondary credits by 2030. Upskilling the workforce can help lift 100,000 Michigan families out of “working poverty.” This is important because right now, more than one million Michigan households qualify as ALICE – Asset limited, income-constrained, employed. That’s one-quarter of Michigan’s households.

And the number of ALICE households in Michigan has increased by more than 25% in the past 15 years. This indicates that while many Michigan workers are earning a paycheck, that check isn’t keeping pace with household expenses. (Yesterday, I wrote about the long-term impact of household poverty during a child’s preschool years.) We must intervene on the cycle of poverty if we are to build a high-functioning economy in Michigan.

Affordable childcare is a necessary element of the economic plan

Washtenaw Community College has a role in all three of these elements, but when the administration makes expedient decisions that result in the closure of the campus childcare center, it’s really hard to see WCC as part of the solution. There is no possibility that the WCC administration was unaware of the community’s need for low-cost, high-quality childcare.

When the BE Building expansion plan for WTMC failed, the WCC administration simply closed the Children’s Center and hijacked its building. They showed no regard to the community’s growing childcare needs. They didn’t even put the closure plan up for discussion. And instead of functioning as part of the solution, the WCC administration again exacerbates the problem.

This is what happens when you have an administration that is disconnected from the community it is paid to serve. Closing the Children’s Center and reducing the available childcare options for low-income women in Washtenaw County was not performing a service. In fact, it was a profound disservice. But we should expect nothing less from an administration loaded with people who have no meaningful connection to Washtenaw County.