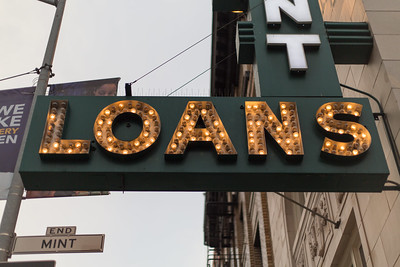 Do the Trustees Care About Keeping WCC Affordable?

The WCC Administration is considering a “modest” $10-per-credit-hour “facilities fee” to student accounts to finance WCC’s debt. I’m pretty sure that WCC students would prefer to use that money to pay for their own debts. Keeping WCC affordable is important, not only for the students, but also for WCC itself. Here’s why.

In 2000, about 15% of community college students financed their education using federal student loans. By 2012, that number had increased to 27%. Today, about 20% of 2-year students take student loans.

According to the US Department of Education, for FY 2016 – the last year for which data are available online – WCC had more than 2,450 students in federal student loan repayment. That’s about 12% of the roughly 20,500 students enrolled that year. Of those 2,450+ students in repayment, about 18% were in default.

The importance of keeping WCC affordable

The higher default rate is a function of two things: the Great Recession and WCC’s increased enrollment during that time. During recessions, more students enroll in community colleges, and as enrollment increases, so does student borrowing.

A few factors contribute to the likelihood that these students will fail to repay their loans. First, community college borrowers are often older, and may be returning to school during a recession to jump-start a second career. They may have lost their jobs, or they may have lost income without becoming fully unemployed.

Second, while high school graduates may still be living at home, adult learners are typically independent. Adult students may need student loans to fund more than their tuition and fees. They may borrow additional funds to cover living expenses while they attend classes.

Older students re-entering the workforce could be at a disadvantage in terms of both earnings and time. They may take jobs that pay less than more experienced workers in their age bracket. They may also have fewer productive, healthy years to make up for lost earnings. All of these factors can set the stage for an increase in student loan defaults. While WCC’s current student loan default rate is dropping right now, it will always rise and fall with enrollment.

When the Trustees tap student accounts to finance WCC’s loans, they shift the College’s debt burden to students. Students come to WCC to find high-quality, affordable education programs, and they don’t borrow unless they have to. WCC students that take loans to attend school are in a financially precarious position. They’re already taking on debt to finance their degrees. They shouldn’t have to absorb WCC’s debts as well.

A 10% fee increase per semester could translate into $1,000-$1,500 in additional interest over a loan’s lifetime. It’s insensitive for the Trustees to justify adding significant fees because students have no readily available, less expensive alternative. Or rationalize onerous student fees as a way to protect their own tax bills from a nominal increase. This is especially true when the College’s own budgeting process reveals that students’ need for tuition assistance is growing.

Faced with a 10% increase in fees, a student could choose to forgo school altogether. This denies them the benefits of participating more fully in the Washtenaw County economy. Students could drop out of school, which could leave them in a much worse financial position. Students who have borrowed but do not complete a degree have a very high default rate. They lack the education to find higher-paying jobs, but must still repay their student loans.

Student loan debt cannot be discharged in bankruptcy, and can subject defaulted borrowers to wage garnishment and other sanctions. For a low-wage earner, garnishment can devastate an already marginalized household.

The Trustees have an obligation to keep WCC affordable for all students. Indiscriminate borrowing against the General Fund to build low-value buildings raises everyone’s cost unnecessarily. It diverts General Fund resources and increases students’ cost-of-attendance while returning virtually nothing to the community.

Published in Board of Trustees and WCC Budget