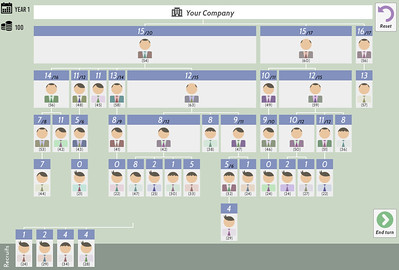 Looking at the number of administrators in an institution creates one picture of what’s happening. Comparing the institution’s current state to a previous state is another way to measure the impact of administrative bloat over time. But it’s also important to compare the size of WCC’s administration to those at other institutions.

Right now, WCC has ten (10) vice president positions of one kind or another. The two Executive Vice Presidents do not possess the academic or experiential credentials to serve as an institution’s president. By itself, that raises the question of why these people were elevated to EVP positions. And the Vice President of Instruction is relegated to the second tier of executives. Why does WCC’s administration place a higher value on finances and bureaucracy than on instruction?

So how many Vice Presidents do other community colleges have?

Every single community college on this list is larger (by enrollment) than WCC. Inconceivably, they each manage to get by with fewer Vice Presidents.

Looking at WCC’s administration another way

Looking at it as a ratio of students to Vice Presidents, we see:

If the Chief Executive of a mid-sized community college needs twice the number of Vice Presidents as her peers at larger institutions do, the taxpayers have a right to ask why the Board continues to extend her contract.