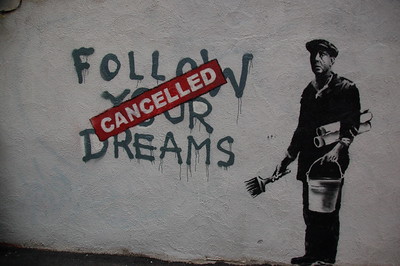 City College of San Francisco trustees have placed the college executive on paid administrative leave . The school, which serves 65,000 students, is mired in a budget crisis. Earlier this year, an internal audit revealed that expenses exceeded revenues by $14M. Accordingly, the auditor characterized the deficit as a “material weakness.” CCSF’s ongoing financial problems have also caused a five-year accreditation problem for the school.

While college executive Mark Rocha inherited CCSF’s financial problems, he has done little to resolve them. To reduce expenses, Rocha has cut more than 600 classes. He often axed classes at the last minute with little communication to either the faculty or the affected students. The majority of the cancelled classes were in the school’s occupational education programs. Rocha also turned down more than $2M in additional funding to keep the occupational classes on the schedule.

Simultaneously, he tried to double the salaries of certain college executives and provide substantial raises to other administrators. The move drew a warning from the college attorney. Rocha attempted to insert the raises into the proposed budget just one day before the Trustees voted on it. The attorney cautioned that the move violated California state law by not allowing the public time to examine the budget documents. Ultimately, the move failed and Rocha settled for 10% raise for the executive staff.

This is another clear reason that the Board of Trustees must always act in the best interest of the school. It isn’t the Board’s job to blindly support the college executive; the Board’s job is to guard the community’s assets. When the Board of Trustees fails to perform its primary duty, and instead shifts its loyalty to a college executive who spends freely and routinely clashes with the faculty, everyone suffers.