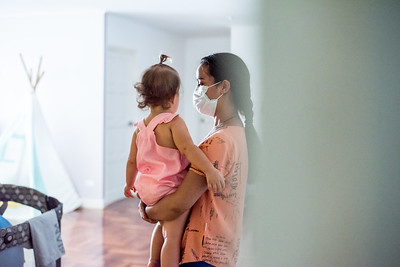 Childcare workers vote with their feet

Lots of states are talking about childcare. More specifically, they’re talking about the lack of childcare workers. Not having these workers means that thousands of families can’t fully participate in the workforce.

According to the Bureau of Labor Statistics, the average hourly pay for a childcare worker was $12.24 per hour. Annualized, that’s $25,500 per year. In Michigan, the mean annual wage for care providers was $26,680 ($12.83/hour.) The average daycare worker in Michigan makes a scant 4.5% more than the national average.

Between December 2019 and March 2021, more than 16,000 childcare workers nationwide exited the business. To help frame the problem, nearly 10% of daycare centers in the United States no longer operate, creating what some call “childcare deserts.” These places – where childcare simply isn’t available, represent huge pent-up demand for services. In these childcare deserts, there are three children who need care for every open slot.

These days, childcare is almost cost-prohibitive. In Michigan, the average monthly cost for daycare is about $900 per month. The Department of Health and Human Services recommends that people spend no more than 7% of the household budget on daycare costs. If we used these constraints together, that would reserve daycare only for families who make more than $160,000 per year.

For someone working a minimum wage job, 7% of the monthly income is about $1,440 per year. On a monthly basis, the HHS Department recommended spending level gives the hypothetical minimum wage worker $120 per month to spend on daycare. At $12.83 per hour, the minimum wage worker can afford about 9 hours of care per month.

Michigan has one of the highest average childcare costs in the country. Daycare costs are high because watching kids is labor intensive. State law imposes restrictions on the number of children an individual worker can supervise at one time. Plus, technology can’t take the place of childcare workers. There’s no way out from under the labor costs associated with daycare.

The problem with simply not providing childcare is that its absence would eliminate millions of parents from the workforce. It already has. Women left the workforce in droves during the pandemic to take care of their children. They’ve been slower to return, too.

Low-wage work causes more problems for a community than it solves. Which is too bad, because the community college seems to be in love with creating low-wage work. As a community, we need our elected officials (i.e., the Trustees) to direct the administration to eliminate academic programs for industries that do not pay sustainable wages. We also need the community college to stop accepting contract training programs from employers who do not want to pay their workers living wages.

Workers are already abandoning fields that do not pay a living wage. Why should we as a community continue to invest in employers who won’t invest in their workers?

Photo Credit: UN Women, Asia and the Pacific, via Flickr

Published in Board of Trustees and WCC Childcare Center