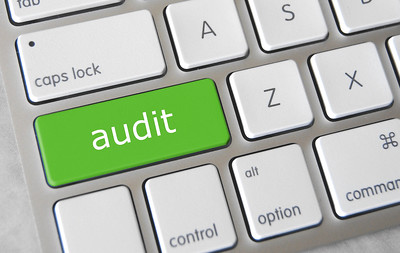 The State requires community colleges to provide certified annual audits of their financial statements. An external auditor conducts the review; each college may choose its own auditor. But the Washtenaw Community College Board of Trustees doesn’t currently use a practice called audit rotation.

Since 2010, Washtenaw Community College has used Rehmann to conduct its audits. In 2017, WCC issued an RFP for auditing services. The proposal review committee recommended extending Rehmann’s contract through FY 2020.
The quality of Rehmann’s work is not at issue. As part of the renewal agreement, the College required Rehmann to provide a new auditor.

The question of auditor rotation is one of oversight

At the June 25, 2019 Board Meeting, Trustee Ruth Hatcher spoke about using the same audit firm long-term.

“I have no complaint about this audit or past audits, but I do have a concern about being too comfortable with the audit, and I would encourage us to look for alternate audit – uh, uh – companies, CPA or whatever they are, so that we have a diverse picture of the audit. And I’ve said this before and I just wanted to mention it again. Thank you.”

As she said, there is no reason to question Rehmann’s work. If you follow the link to the meeting video, Board Chair Christina Fleming, is ready to move on to other business. But Trustee David De Varti intervenes to support Ruth Hatcher’s concerns.

“I’d actually – I’d like to follow that up. I also agree with what I think Trustee Hatcher is getting at – that it may behoove the College to occasionally change the auditing company in order to get a different set – sets of eyes looking at our books in different ways, rather than just go along with the same auditing company year after year.”

Two trustees are trying to raise their concerns about the importance of “rotation” – that is, switching to a new audit firm regularly. It is interesting that Trustee Bill Milliken, Jr., who sat on the RFP review committee that recommended Rehmann, had absolutely nothing to say.

Rotation is the subject of much debate. In 2007, the IRS issued draft guidance to non-profit organizations suggesting regular auditor rotation. A common argument against rotation is that a new auditor must learn the client’s financial record-keeping system. Therefore, errors in auditing are more likely to occur with an inexperienced auditor.

In a 2017 American Accounting Association study, two North American researchers studied this objection. They looked at the effectiveness of long-term auditing relationships versus short-term ones.

Further, new auditing firms recorded an average misstatement duration of less than one year. Auditing firms with long-term client relationships needed about a year and a half on average to detect and report misstatements.

What’s at stake for voters

The WCC RFP review committee based its decision to re-award the auditing contract to Rehmann on factors that included:

All of these are fine selection criteria, but they do not address the concerns of familiarity on the part of both the auditor and the subject of the audit.

Simply put, the WCC Board of Trustees has the authority to require the College to rotate its auditors periodically as matters of both preference and policy. It also has a responsibility to ensure the soundness of WCC’s financial reporting. Choosing not to rotate the auditing firm can open the door to audit quality issues. It can also bypass opportunities to improve the College’s financial disclosures.

Voters should note that five of seven trustees are entirely comfortable with keeping the financial reporting status quo. While no one is suggesting WCC’s books contain financial irregularities, research data suggest convincingly that periodic audit rotation is beneficial. If nothing else, this issue deserves more consideration by the trustees than they seem willing to give it.

—
* For some reason, a “State of Michigan presence” did not concern the College administration when it recommended approval of a $26M no-bid contract for Managed IT services with a Virginia firm, at the cost of 31 full-time jobs at WCC.

Published in News and WCC Watch