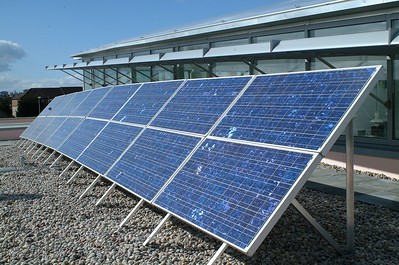 On paper, WCC’s Board of Trustees values energy efficiency. They’ve passed a policy that requires the College to build new buildings to LEED Silver certification. They’ve invested millions in more than 140 geothermal wells for heating the OE and Great Lakes buildings. (Even if they seem to have forgotten where they are.) On the other hand, WCC spends more per cubic foot on energy than any other community college in the State of Michigan.

When the College chooses to defer maintenance and upgrades on heating and cooling systems, it commits the taxpayers to paying more for energy. When WCC defers replacement lighting projects (like the one at the FEB), it comes at the expense of reducing energy costs at the College.

It’s also problematic when the Trustees don’t remember spending millions of dollars to install a geothermal heating system for the Occupational Education and Great Lakes Buildings. Because then they encourage consultants to turn that space into a high traffic area on the new Master Plan. (Geothermal wells can’t take that.) So have we wasted money on the geothermal wells or on the Master Plan?

It’s also troubling when one trustee consistently asks for building projects to incorporate solar energy into building design, and those requests get ignored. It’s not like he’s asking about it after the building design is set. He’s asking at the planning stage. Solar systems could significantly decrease WCC’s electricity costs. They even pay for themselves, and they can last 20 years or more. (Unlike the Health and Fitness Center, which apparently can do neither.)

Energy policies that govern new construction are fine, but the College needs coherent energy policies for existing buildings. Energy leadership starts with the Board of Trustees, but policies aren’t sufficient. The Trustees must demand the administration implement practices to maximize energy efficiency, and reduce both energy costs and consumption.

Published in Board of Trustees, Deferred Maintenance, Health and Fitness Center and WCC Conference Center and Hotel